Follow Karletta Chief as she uses hydrology to help indigenous communities better understand climate change and how it relates to their livelihoods, economies, and cultural practices.

More about this episode

Throughout her childhood living in a mountainous region of Arizona, Karletta Chief would make a familiar trek. She would take a 1-gallon white bucket to the local well and pump water up to its brim and carry it up a hill to her family’s home in Black Mesa, a plateau in the Navajo Nation reservation. Today, as a hydrologist at the University of Arizona, Chief not only studies the flow of water through the crannies and channels in soil but through her research, she connects with Indigenous communities to help them understand climate change and how it relates to their livelihoods, economies, and cultural practices—work which put her on the front lines when disaster struck.

On August 5, 2015, the naturally clear, pristine Animas River turned a shade of cloudy orange. A crew contracted by the Environmental Protection Agency had been in the process of treating and pumping contaminated water inside the Gold King Mine—an abandoned gold and silver mine when they disturbed a plug and unleashed three million gallons of acid mine drainage into Cement Creek. The unstoppable torrent of Tang-colored, silty sludge eventually flowed into the San Juan River, the northern border of the Navajo Nation.

For Chief, the spill was personal. Chief own grandmother was forced to relocate due to a mine spill when Chief was a child. Another time, her family lost 100 sheep after they drank contaminated water. It was history repeating itself for Chief. The water from the Gold King Mine created a potentially hazardous mixture: the high acidity dissolved metals from the iron-rich rocks around the area, which caused the orange hue, as well as lead, copper, cadmium, zinc, manganese, and arsenic.

To determine how much the community members were exposed, Chief’s team measured the levels of the metals in water and soil samples. The initial study provided a holistic view of the conditions a year after the Gold King Mine incident, but potential dangers still linger. Spikes in levels of metals in the water do occur, Chief says. Complicating matters, the mine continues to leak acid. “So there’s a need for the Navajo Nation—and many other communities—to constantly monitor their river and their soil to make sure that there are no spikes.” 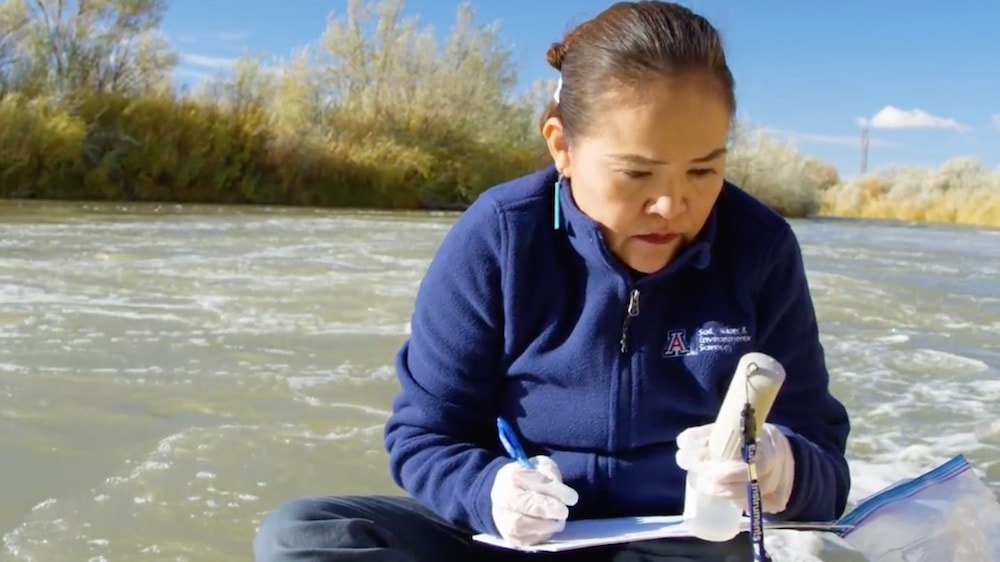